What is it?
Three days of performances, workshops, seminars…

The festival is based on gender equality and performing arts with professional and amateur theater groups from different
countries, specialized in this field. Local and international guests are invited to seminars and debates.

What is the goal?
International theater groups will show their work and also participate in the workshop, seminars and discussions.
They will bring new questions to the participants and guests, but may also take new visions and perspectives on their way back home.

This is a free experience, an amateur way of doing art.
You are invited to participate ! 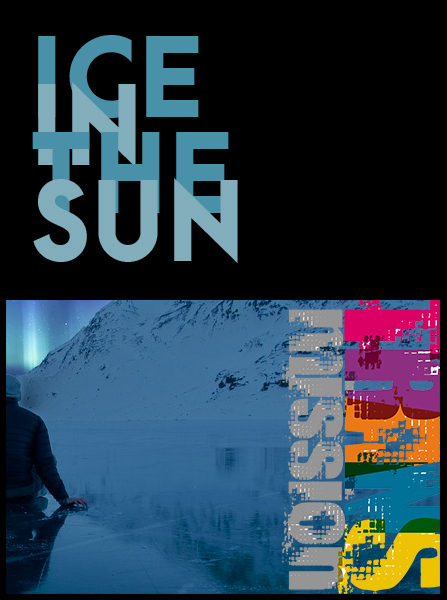 ICE IN THE SUN

The woman appears and feels a deep chill, gazing at the wild nature, there, so close. The wind freezes her face and ices her tears. It´s painful and quivering. Something burning rises up her belly to her chest, like a whirlwind. So far from home, it feels like home… hundred of invisible threads come out her body connecting up the earth.

Under the snow, her snow, there is an exultant life. Ice and fire in harmony.

She smiles and listens the hidden beings´ whispers. And she dreams, about women that uncover their legs in the sun. Reunited to rest and restore the magic, creating a place with its own rhythm.

“Ice in the sun” is the result of a long investigation process about the inner images that feed our psyche. It combines the therapeutic and creative work of the actress and the extensive experience of the directors with women groups of varied countries and contexts.

The visitors-public immerse into the installation and the resounding space inhabited by the actress who will help them open their body and perceptions looking for a new connection with desires, dreams. The “living” part within the domesticated subject that we are. 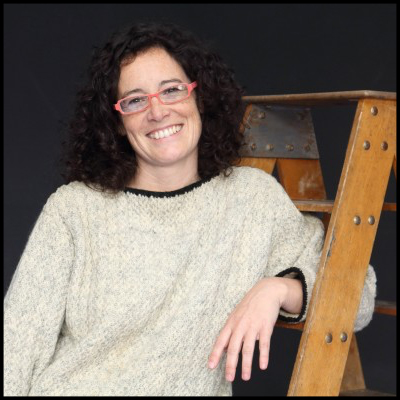 Mariana González Roberts is an actress, director and theater professor.
She has directed public and private companies with tours and workshops around Argentina, Costa Rica, Colombia, Perú,  Guatemala, Serbia, Turkey, Spain, Portugal and Germany. She is the director of the “Iberoamerican Women in Scenic Arts Meeting” (Cadiz), “La Casa Despierta” (Sevilla) a cultural and social project; and the theater class in the Pablo de Olavide University of Sevilla.

In 1974, Valery Giscard d’Estaing, President of France, designated his Minister of Health, Ms Simone Veil, to defend in front of the French Parliament a law legalizing medical abortion.

As one knows, outside of the recognized medical system, one of the means of self-induced abortion by the pregnant woman herself is done with a knitting needle or similar device.Referring to this desperate practice, Mrs Simone Veil, was nicknamed « Giscard’s Knitter ».

Long hours of debate during which Simone Veil confronts insults and remarks while outside, anti-abortion activists finger their prayer beads. Nothing will be spared to her : threats, intimidation against her family and letters of anti-Semitic insults during three days and two nights. 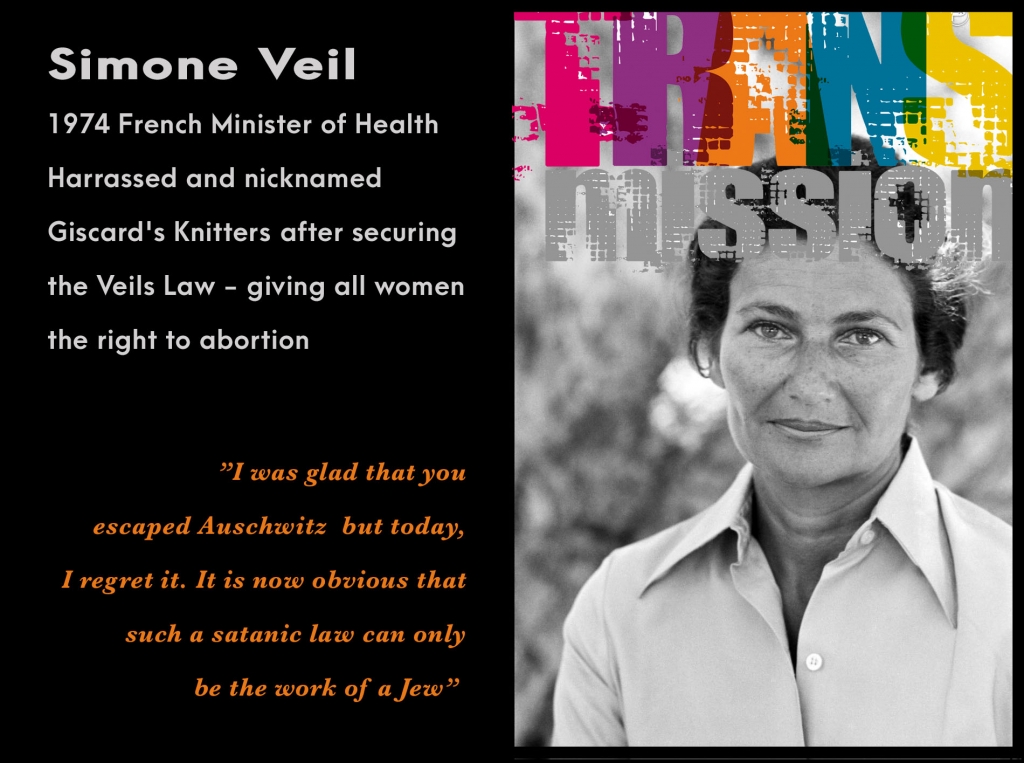 To pay tribute to the remarkable and historic figure of Simone Veil, the midwifes of Clinique Jules Verne named themselves « Giscard’s Knitters ».  The team of healthcare professionals working for the maternity unit perform speeches held at the French Parliament before the final vote in the heart of the night of November 29th 1974.

The entire performance is a result of a 5 year workshop called « Ethic, Breathing, Healthcare and Dramatic Arts ». It sheds light on the « Metgesandra Breathing Method » learned and practiced by the personnel of the maternity unit of Clinique Jules Verne. It links theater and medicine thru the approach of narrative ethics. 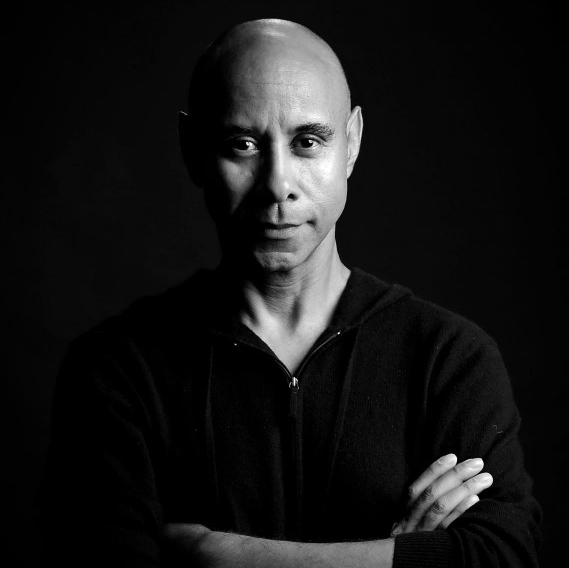 Professor at the Conservatoire National Supérieur d’Art Dramatique in Paris where he teaches the Metgesandra breathing technique. Co-founder with Catherine Jean-Joseph-Sentuc of the Mirror School partner of Robert F. Kennedy Human Rights in Washington and New York where he works with Kerry Kennedy.

For the medical team of La Maison de la Naissance, Clinique Jules Verne, in Nantes, he transmits the learning of deep physiological respiration according to the Metgesandra method in order to bind breath and care. 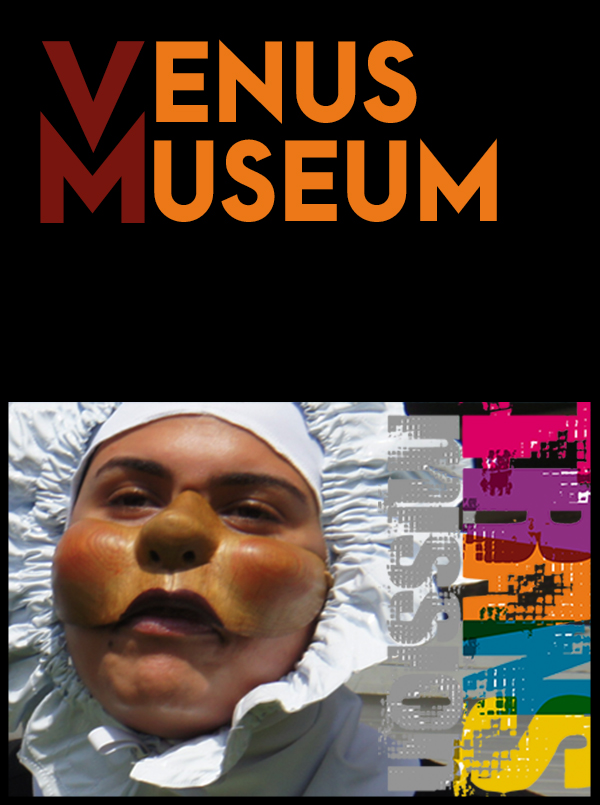 The festival guests are invited to  participate in this performance

Four feminine living sculptures in four different venues in the harbour of Skillinge. Two guides lead the audience from one sculpture to the other and Androgyna, a god/goddess, tells the story. The sculptures, surrounded by an ensemble, are awakened and set in motion, when the audience arrives.

This street performance was born from experience with communities and social theatre. 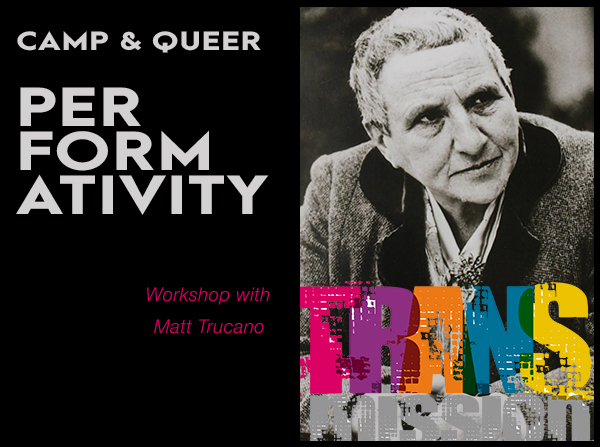 Within the HBTQ movement, the camp concept was a way of dealing with a heteronormative reality but what is camp today? Do we need it, whatever is it?

We will look at ideologies embedded in three important texts on camp from Susan Sontag (Notes on Camp, 1964), Charles Ludlum (Camp. 1980) , and Ian F. Svenonius (from Censorship Now!, 2015).

Looking at the political and ethical implications of Camp, we will take the autonomy to define it anew as it might serve us in 2017. We will then create a series of short pieces based Ludlum, Sontag, and Svenonius, along with songs and texts by Tennessee Williams, Paul Bowles, and Gertrude Stein. 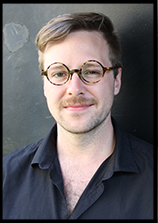 The workshop will prepare the guests and theater groups to participate in the Venus Museum, to mark the positive effect of the festival and leave a visual artistic impact.

How to work with mask and balance in a street performance: the position of the body, the body in space, the architecture of the body, breathing, eye contact and the collective setting. From the neutral or equality mask, from a point of no balance to a point of balance. With commedia del Arte and contemporary mask – the actor unbalances and becomes the other.

Each participant will give life to a particular character and will experience a collective theatre adventure.

The workshop is led by Mariana Araoz:  born in Argentina, she is a french director, especially interested in the theme of “gender and theatre”. She often seeks to find a new format on how we communicate gender and thus using mask as a tool to break the gener barriers and preconcetions of contemporary theatre. 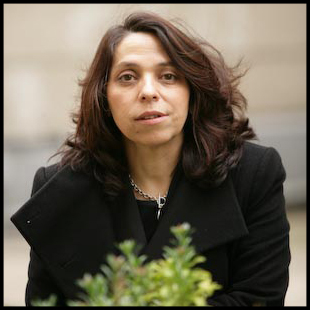 Mariana’s work in the United States includes the ongoing collaboration between Collectif Masque and The Bricklayers: “Twelfnight: galaxy 4.2” (Chicago 2008),  “Mother Courage and her children” (Chicago and Minneapolis, 2011) and her work at St. Olaf College, directing “Scapin” in 2005 and co-directing, with Gary Gisselman, “The Imaginary Invalid” in 2012.

The Trans Mission Festival will organize open debates and seminars on the theme of Gender Politics and Power in the Performing Arts. We discuss whether the performing arts may evolve through promotion of feminine power and work on gender identities and diversity. Are the performing arts free from mainstream gender norms and stereotypes?

Opening debate with the board of the Trans Mission Festival:

“Gender Politics and Power in the Performing Arts”

Panel and round table seminar with:

Trans Mission Visions: Conclusions and ideas for the next festival.

Panel and round table seminar with:

Who are we?
We are TRANS MISSION RESEARCH (TMR– Sweden and TMR-France)

The Founder
In 2002, Sweden began to implement an ambitious policy to promote gender balance in the theater in the arts and in society in general. In 2006,

Mariana Araoz, Argentinian stage director who lives in Paris, conducted a research workshop: “female mask”* in Teater Halland. For Mariana Araoz, the encounter with this  policy and the new vision of feminism and gender balance, changed her entire perspective of performing art. Trans Mission Research (TMR) was a result of this meeting. 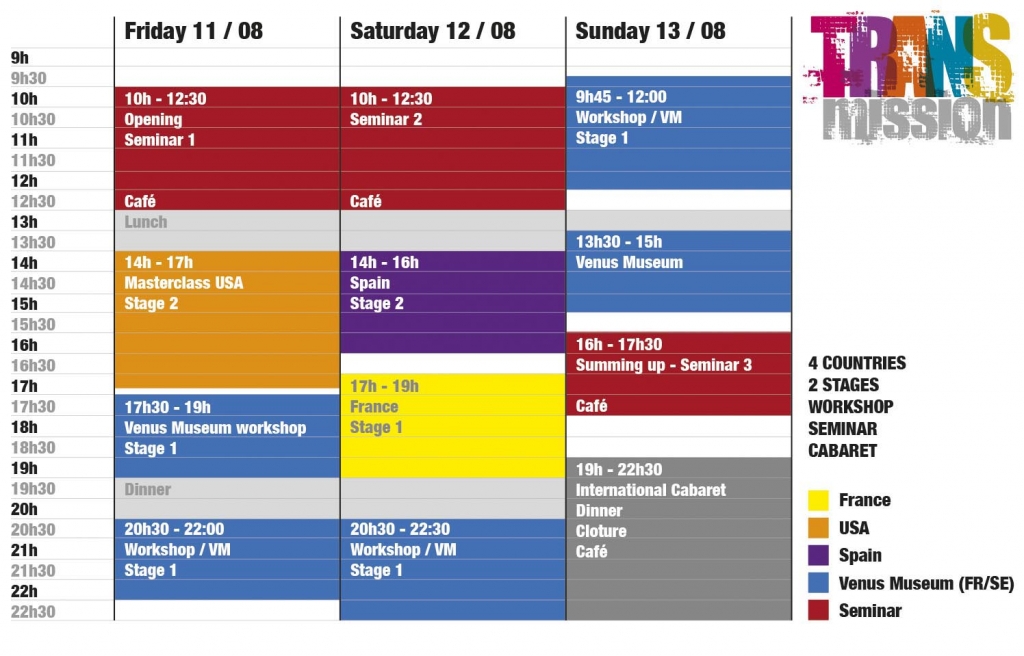